Joined Sep 11, 2008
·
13,133 Posts
As I mentioned in another thread I have a number of Russian manuals (and other documents) concerning the Dragunov. Here are the first two with more to come.

This is the standard soldier's manual for the SVD, in this case a 1984 printing:


The following is the much more extensive armorer's repair and maintenance manual:

Joined Dec 12, 2018
·
1,684 Posts
I have both the SVD handbook and the armourers manual and was fortunate to find a Soviet service/repair manual for the PSO-1 scope as well, which I believe are quite rare

Snayperskaya said:
I have both the SVD handbook and the armourers manual and was fortunate to find a Soviet service/repair manual for the PSO-1 scope as well, which I believe are quite rare
Click to expand...

Look on ebay.... there appears to be a soviet POSP scope manual

Thanks very much! Definitely a manual I don’t have and need.

Joined Sep 11, 2008
·
13,133 Posts
Continuing the subject of Dragunov optics here are a few pages from a Russian manual on night vision scopes, some of which were used with the SVD:

Richard in NY* said:
Thanks very much! Definitely a manual I don’t have and need.
Click to expand...

There is one on EBay at the moment, but it isn’t cheap.......mine was also off EBay but was considerably cheaper 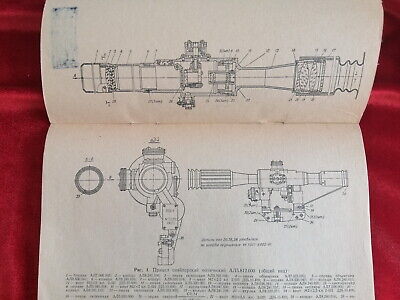 Joined Dec 6, 2017
·
21 Posts
Never saw the use of the manual since i don't read or speak Russian. Mind Dragunov came with the manuals and the Romanian PSL did too.

wkoyh said:
Never saw the use of the manual since i don't read or speak Russian. Mind Dragunov came with the manuals and the Romanian PSL did too.
Click to expand...

I don’t “need” or “use” Soviet night vision optics but couldn’t resist buying a 1pn34 and then a 1pn58.......and then a 1p21 scope came up for sale so I had to have that as well.The SVD and its accessories can become a bit of an obsession!.

Joined Sep 11, 2008
·
13,133 Posts
I have various accessories, optics, and pieces of web gear for the Dragunov that were captured from Iraqi soldiers and brought back from Desert Storm in 1991. Sooner or later I'm going to post photos of all those bits and pieces, but until then, and sticking with the documentary theme of this thread, here are a few pages from a "SERVICE LOG" for the 7.62-mm Dragunov sniper rifle:

Note that when the Soviets provided material and assistance to its allies (and potential allies) around the world they often provided related manuals and instructions in the far more widely understood English language instead of their native Russian.

Joined Sep 11, 2008
·
13,133 Posts
It doesn't happen very often but sometimes I can pin point the exact moment in time when learned about something. One of those times relates to the Log Book I posted above.

Before the very brief Desert Storm campaign was even completed in February of 1991 I had already put out the word that I was interested in purchasing any of the souvenirs that our guys captured and brought home. Back in those pre-internet dark ages there was little or no way to learn about what was used by the Iraqi forces until I began purchasing the bits and pieces that the vets hauled back to the States. It was a hands-on learning experience. Back then almost everything was a direct purchase from the vets or from the "pickers" who I know got what they sold me from vets. It didn't take long before I had a very good idea of what the Iraqi soldiers wore, carried, and used. One of the rare pieces that I learned about before actually acquiring one was the Dragunov Log Book.

In November of 1992 a letter (by a Canadian soldier) to the editors of the NRA's American Rifleman magazine caught my eye. In that letter the author described finding a Log Book in April of '91 while serving with the Allied Coalition and instantly, upon learning of their existence, I simply had to have one. I cut out and saved that letter from the magazine knowing that someday I would get lucky.

It took several years but in the mid '90s I purchased a huge lot of Desert Storm bringbacks from a local vet, an army Captain, who had to order his men to crush and burn piles of Iraqi small arms including Dragunovs in their packing crates. Since the Captain didn't want to risk his career (and his freedom) he didn't consider for even a moment trying to sneak an SVD home but he did grab a few things out of the crates that wouldn't get him in trouble such as the books, cheek pieces, slings, battery "warmers" and web magazine pouches. And that's how I got my little Dragunov books! 😊

Joined Dec 12, 2018
·
1,684 Posts
I’m a little surprised the Iraqi’s had the winter battery warmer/holder, as they were intended to be worn clipped to the inside of an Afghanka style winter jacket to help keep the battery warm and stop the intense cold of a Russian/Eastern European winter sapping the power from the little 2.5v battery that the PSO-1 originally used, although i guess they were just included in the crates of Dragunov’s that the Soviets shipped to Iraq........that said I’m not that clued up on how cold Iraqi winters get so maybe they were of use to them.
W 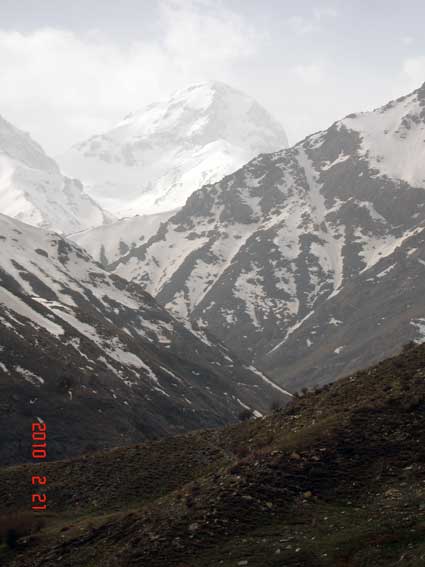 There is a really good documentary regarding the Iran-Iraq war in that sector called “The War in the Clouds”.
1 - 17 of 17 Posts