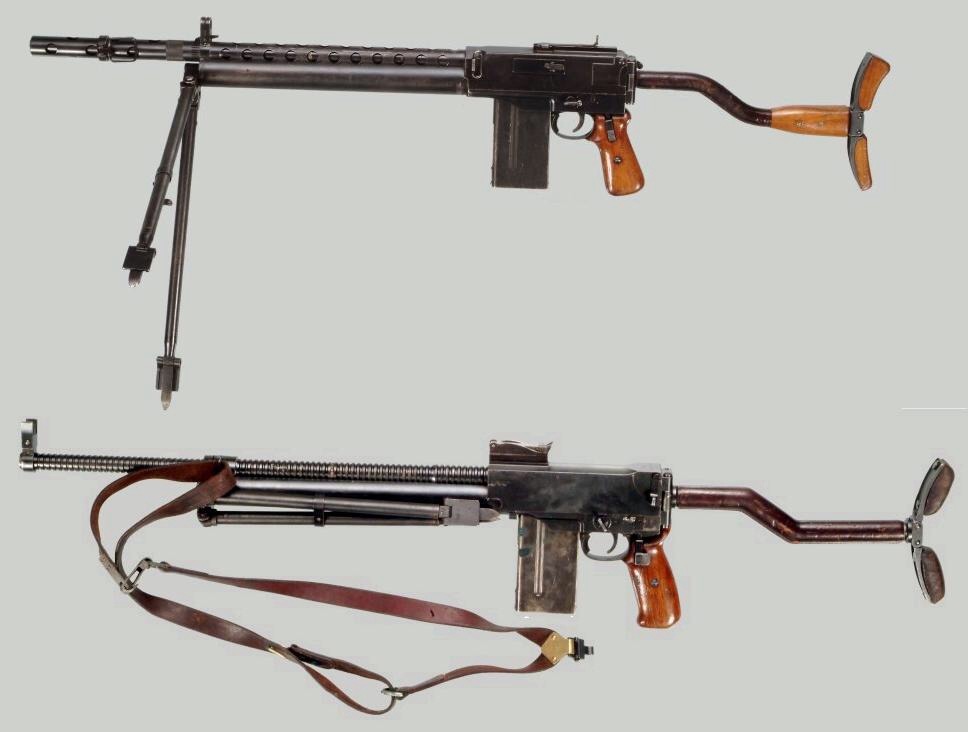 In the recorded annals of history, nothing but this Madsen-Weibel 1932 conceived and fabricated Danish prototype and appropriate Danish developed intermediate 7x44 cartridge, and not your much-touted 1944 "Sturmgevaer" is the World's first true "Assault Rifle".

Therefore, your plagiarized copycat "Sturmgevaer" and its cartridge is not the original "Mother of all Assult Rifles", but this 1932 Danish designed Weibel selective-fire automatic rifle is the World's first true original "Assault Rifle".

Adolf, after you among others invaded Denmark under your ill-conceived and stillborn "Operation Weserubung" on April 9, 1940, you and your cohorts then went throughout the Danish armament industry looking for anything of value to the German War Efforts, discovered this Danish assault rifle in the developing stages, which you unceremoniously confiscated and then moved this ongoing Danish development of this 1932 Weibel selective automatic rifle and the first developed intermediate cartridge for an assault rifle to Germany, and then through some fancy ethnic cleansing by German weapons designers, became "your 1944 German Sturmgevaer".

Albeit the Danish development of the 1932 Weibel selective automatic rifle was in advanced stages in Denmark with over 20.000 cartridges with different load combinations for use at ongoing Danish testing, when you, pregnant with power, implemented your suicidal for Germany "Operation Weserubung" along with other ill-conceived "operations", and your ethnic cleansing of the Danish Weibel rifle which eventually became your much-touted "German 1944 Sturmgeveaer".

There is little to nothing left in Denmark of this from 1932-40 testing of the Model 1932 Danish Weibel automatic rifle in Denmark because this 1932 Weibel selective automatic rifle was after your ill-fated "Operation Weserubung" all forcible moved to Germany to be further developed in order to become your "1944 Sturmgevaer".