How to Stop the Spread of Covid-19 in Norway?

Joined Jan 1, 1970
·
2,383 Posts
In an effort to prevent the spread of Covid-19 in the Norwegian Armed Forces, the Norweigan Government is now "charging" each Norwegian co-ed conscript Norske Kroner 1200.- (US $ 140.-) for each time they are having a consensual relationship.

The 19-year-old Norwegian co-ed conscripts share the same bedrooms and bathrooms and sleep next to each other's bunks. 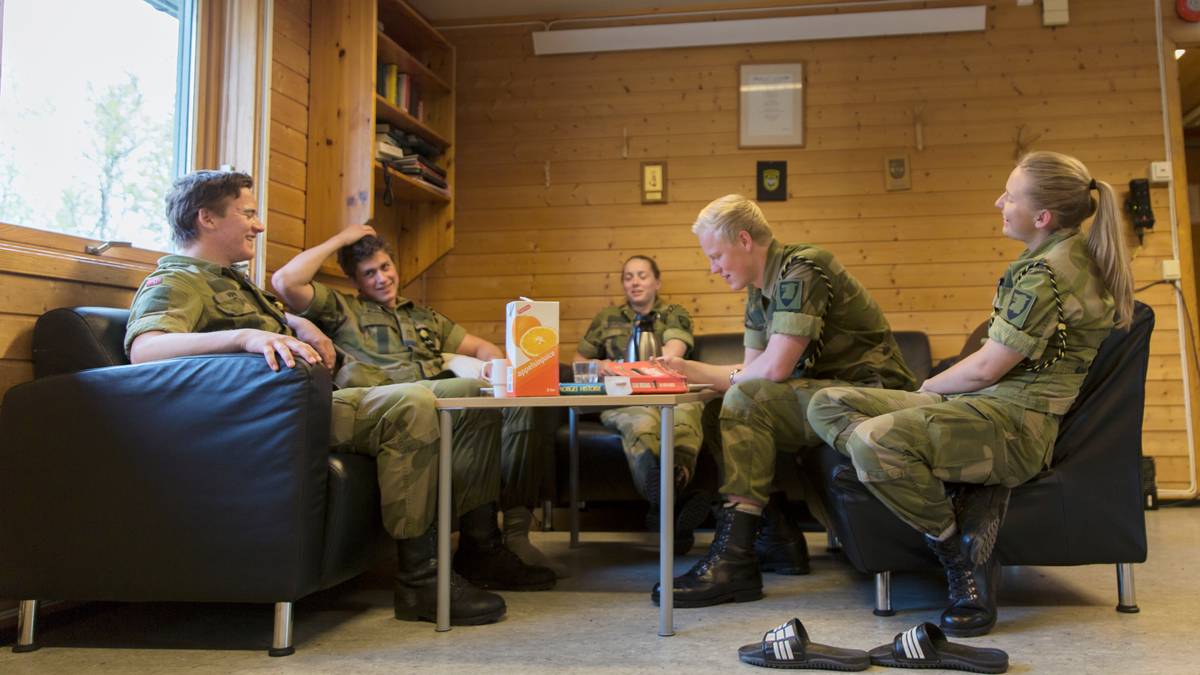 Joined Jan 1, 1970
·
2,383 Posts
Norwegian military laws while acknowledging and respecting Norwegian laws permitting consensual relationships in the general Norwegian society, are also demanding and trying hard to enforce celibacy among its ranks within the Norwegian military bases in Norway.

If Norwegian soldiers are caught in the act by the Norwegian Military Vice Squad, the penalty is Norwegian Kroner 1200.- (US $ 140.-) for each participant and up to 20-30 days solitary in the slammer.

In 2020, 44 Norwegian soldiers were caught in the act by the Norwegian Military Vice Squad and punished with various verbal warnings, disciplinary actions, fines, and incarcerations.

The Norwegian military has concluded that consensual relationships among its ranks and files are bad for discipline and morale and thus demand celibacy from its ranks and file which mainly consist of 19 years old conscripted teenage boys and girls who at Norwegian military bases forced to share the same cramped bedrooms, bathrooms. live and works intimately 24-7 for months.
S

Joined Jan 1, 1970
·
2,383 Posts
I am also wondering about the possible causes of the tripling of these supposed insubordination cases within the Norwegian co-ed military from 2016 with only 18 being caught in the act to the 44 caught in 2020. This significant increase of this possible conspiracy and treacherous behavior among the 19-year-old Norwegian co-ed conscripts is also worrying the upper echelons of the Norwegian military who in the name of national security is demanding abstinence and celibacy from the 19-year-old Norwegian co-ed conscripts.

Joined Feb 4, 2020
·
60 Posts
Yeah. Demand teens who are in their sexual prime to not have sex while they live in barracks together. It ain't gonna happen. That's just ridiculous.
S

Joined Jan 1, 1970
·
2,383 Posts
Perhaps this is a legalized and official form of Voyeuring for the senior echelons of the Norwegian military who has to view and judge the presented evidence of 19-year-old Norwegian co-ed conscripts' private lives.
1 - 6 of 6 Posts